If you are suffering from the symptoms of menopause but are looking for natural alternatives to HRT – there are many herbal and nutritional supplements that may help. 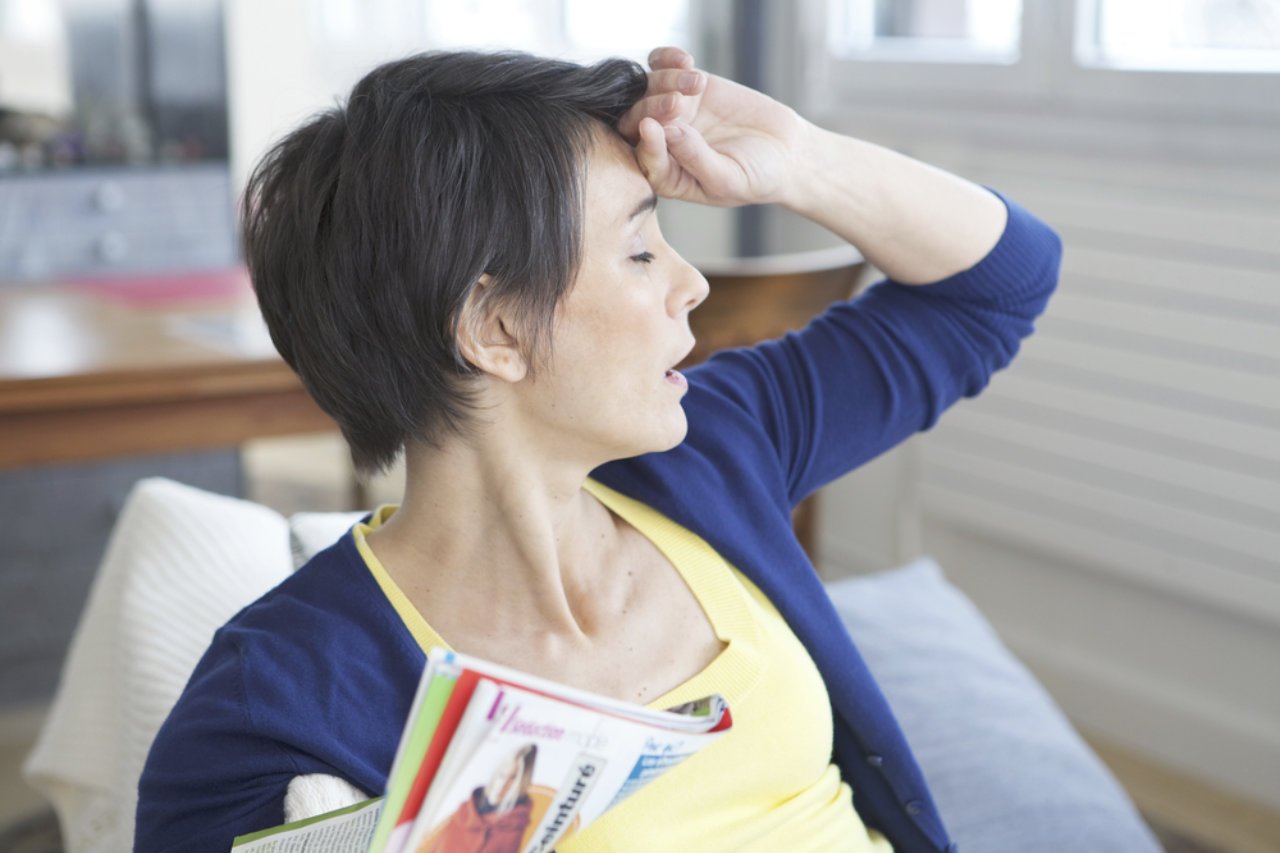 If you are suffering from the symptoms of menopause but are looking for natural alternatives to HRT – there are many herbal and nutritional supplements that may help.

Menopause is the cessation of the monthly female menstrual cycle, which normally happens when a woman is in her late forties or early fifties. At this time, the body undergoes many hormonal changes and for many women these can be accompanied by some unpleasant symptoms including vaginal dryness, hot flushes, low libido, depression, anxiety, insomnia and many others. Some of these symptoms may relate to lack of oestrogen, but others may have more complex roots. There are a few simple dietary and lifestyle changes that can be made to improve quality of life during the menopause:

The use of the isoflavones from either soya beans or from the herb red clover have been shown in several studies to improve cognitive performance, mood and the frequency and severity of hot flushes in menopausal women (1,2).  A.Vogel Menosan® Menopause Support is a unique formulation of soya isoflavones genistein and daidzin plus magnesium and hibiscus. The soy isoflavones used are obtained from an extract of fermented soya beans. Each tablet provides 50mg of bioavailable phytoestrogenic soy isoflavones per day. This unique formulation also contains magnesium (known to help with symptoms such as anxiety, tiredness and fatigue), hibiscus and vervain. Menosan® Menopause Support can be used to help you through all stages of the menopause. Take 1 tablet twice daily (morning and evening) with food. Red clover is available in capsules or tincture. A good choice is Viridian Organic Red Clover capsules, which contain 350mg of red clover flower and leaves per capsule (take one capsule per day). 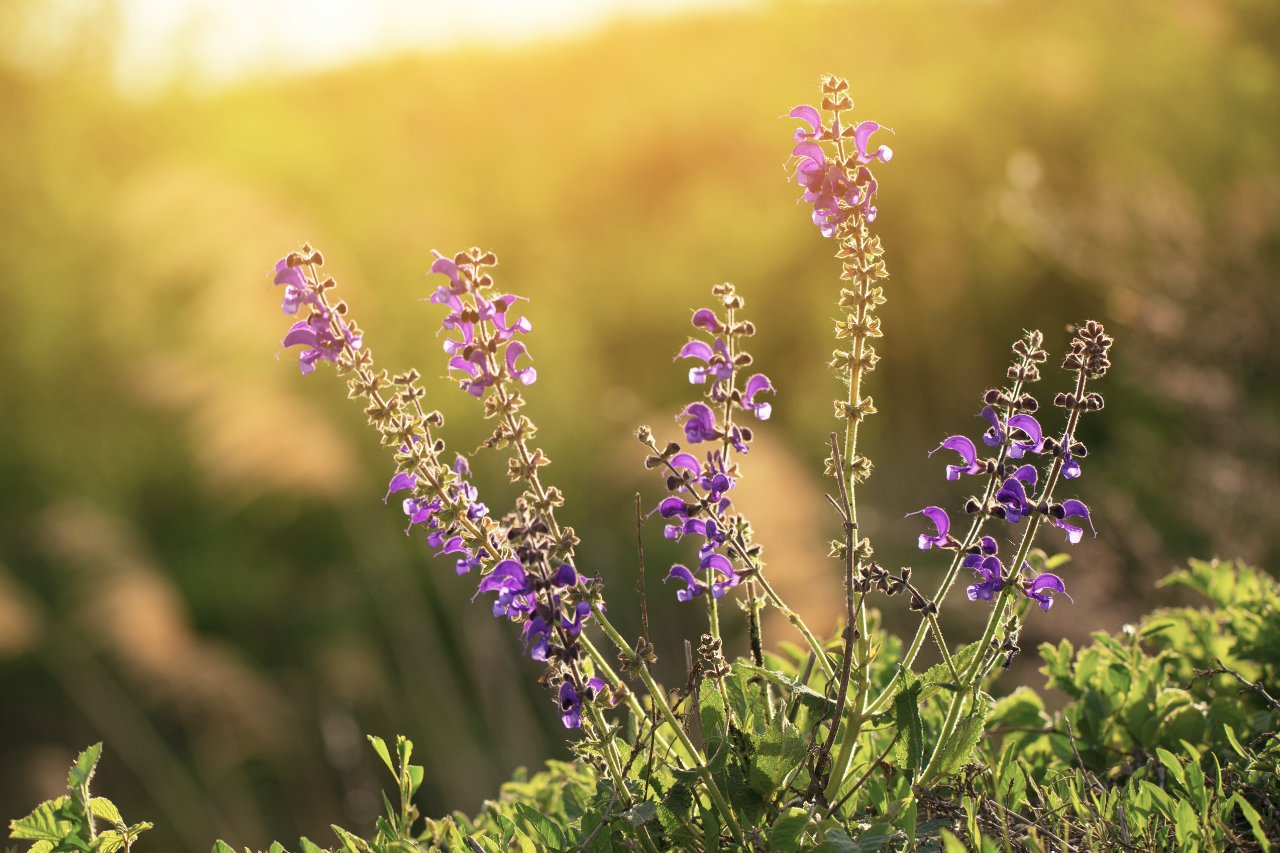 
Sage is a herb that has long been treasured as a medicine. It was sacred to the Romans, and the latin root of its name means ‘to save’.  In China, it was considered so valuable that it was traded for tea.  In English folklore it has long been associated with women and although it is regarded as having a wide range of medicinal properties, it is especially useful for women who are going through the menopause, because it can reduce the symptoms of hot flushing and night sweats (3). Sage does this without regulating hormones, but it is thought, by directly rebalancing the sweat regulating mechanism in the brain. Sage extracts can be taken either during the day to help to reduce daytime hot flushing, or before bed if night sweats are a problem. It usually seems to start working within a couple of weeks, and symptoms should continue to improve the longer you take it. Because it doesn’t work on the hormonal system, it can safely be taken alongside HRT. Try Viridian Organic Sage capsules which contain 400mg organic sage leaf per capsule. Take 1-3 capsules per day.  Alternatively, take A. Vogel Menosan Liquid, 15-20 drops three times per day in a little water.


Native to North America, black cohosh was used by Native Americans as a remedy for muscle pain and arthritis, and menstrual irregularities, and later European settlers used it as a tonic to support women’s reproductive health. Studies have found varying results for the plant’s effects on human physiology as to whether, for example, it raises the body’s levels of oestrogen which is present in lower levels in menopausal women than in premenopausal women, or whether it affect levels of luteinizing hormone or follicle-stimulating hormone (4, 5). Some researchers believe that black cohosh might exert its effects through a brain-related action, or through its potential ability to act as an antioxidant and anti-inflammatory, but it is still not known. A famous review of studies called the Cochrane review was inconclusive about its potential benefit and suggested more research was needed (6). However, it has remained a popular herbal remedy for treating menopausal symptoms such as hot flushes and night sweats. If sage doesn’t work for you, I would suggest trying Higher Nature Black Cohosh Menopause Relief as an alternative way to treat these symptoms. Take one film coated tablet per day. As a caution, as it may have hormone like actions, it is thought to increase fertility, so women of a childbearing potential should take suitable precautions.

Shatavari is a bittersweet herb that is a member of the asparagus family. It is a climbing plant with a thin stem, delicate branches with needle-like leaves and many large tuberous roots. It is renowned in Ayurveda, an ancient Indian medical system, as a tonic for the female reproductive system and as a treatment for menstrual problems. Shatavari contains natural phyto-oestrogen hormone precursors and as a result it can also be helpful to women suffering from menopausal symptoms such as hot flushes, irritability, and vaginal dryness. It is regarded as cooling and soothing, and like most bitters it can also stimulate digestion, which is also useful during menopause, as it is important at this time to get good levels of nutrients in your diet. Try Fushi Organic Shatavari capsules – take two capsules per day. Shatavari has become increasingly popular in the west and is now frequently included in many herbal menopause support formula’s too – such as the excellent Pukka Menopause Serenity, where it is combined with sage leaf, ashwagandha, turmeric root and aloe vera (take 1-2 capsules per day).


Dong quai root, also known as Chinese angelica, is a member of the celery family. It has been shown to affect oestrogen and other hormones in animals, and although there is no research to prove its effects on humans, it is well established in eastern medicine where it is sometimes referred to as ‘female ginseng.’ Dong quai is available in capsules or tinctures, or can be found in herbal complexes for menopause. One good menopause support formula – Wild Nutrition Botanical Menopause Complex combines it with the adaptogen herb ashwagandha, turmeric root, milk thistle, green tea powder and the important mineral magnesium (see below).

On average, an adult human body contains about 24 grams of magnesium, and it is needed for good bone health, for the normal functioning of your nervous system, and is also involved in your body’s energy production cycle. It is important for muscle function and cardiovascular health too. Magnesium supplements can be helpful if you suffer from muscle cramps, period pains, migraines, stress or fatigue, but boosting levels of this important mineral can be especially useful during Menopause, as it may help to relieve symptoms such as fatigue and anxiety and help to maintain bone strength. Magnesium is found in good quantities in most nuts, seeds, and grains (particularly almonds and cashews), and is also found in green leafy vegetables (it is the major component of chlorophyll – the green ‘blood’ of plants), so eat plenty of all these foods. Some Menopause multivitamins and support formulas will contain a significant amount of magnesium to boost what you get through dietary sources, but for many women it is worth taking a separate supplement – especially if you are suffering from anxiety or fatigue. Magnesium can be hard to absorb because it is very alkaline, but there are many easily absorbed forms on the market both in tablets, capsules and powders. The citrate form is more expensive than the cheapest supplements, but it is highly ‘bio-available’ as the magnesium is bonded with citric acid, making it less alkaline and easier to digest. Magnesium citrate is twice as well absorbed as magnesium carbonate, oxide or sulphate, so it is well worth paying for. Other well absorbed forms include bis-glycinate, malate and taurate. Ask advice in your health store about what might suit you best.


To produce hormones the body requires adequate levels of Essential Fatty Acids or Omega oils. This means that for a woman to produce more oestrogen, which is especially needed during the menopause, it is important that she gets sufficient quantities of these fats in her diet. Low oestrogen levels also impact on the levels of HDL (good cholesterol) produced by the body, which can potentially increase the risk of atherosclerosis, the clogging of the arteries. Omega 3 rich Flaxseed (Linseed) oil has also been shown to reduce LDL (bad cholesterol) and lower the risk of atherosclerosis and heart disease (7). Omega 3 fats may also be helpful to people with depression (8), and it may be that reduced levels are one reason why some women suffer from low mood at this time of life. If you don’t already take an Essential Fatty Acid supplement, consider taking an omega oil blend such as Udo’s Choice Ultimate Oil Blend daily. It’s available in 1000mg capsules or as an oil that can be taken on the spoon, mixed with salad dressings or added to smoothies.