A look at the most popular green ‘Superfoods’ – Barley Grass, Wheatgrass, Spirulina and Chlorella. Could they be the ultimate in healthy ‘fast food’? 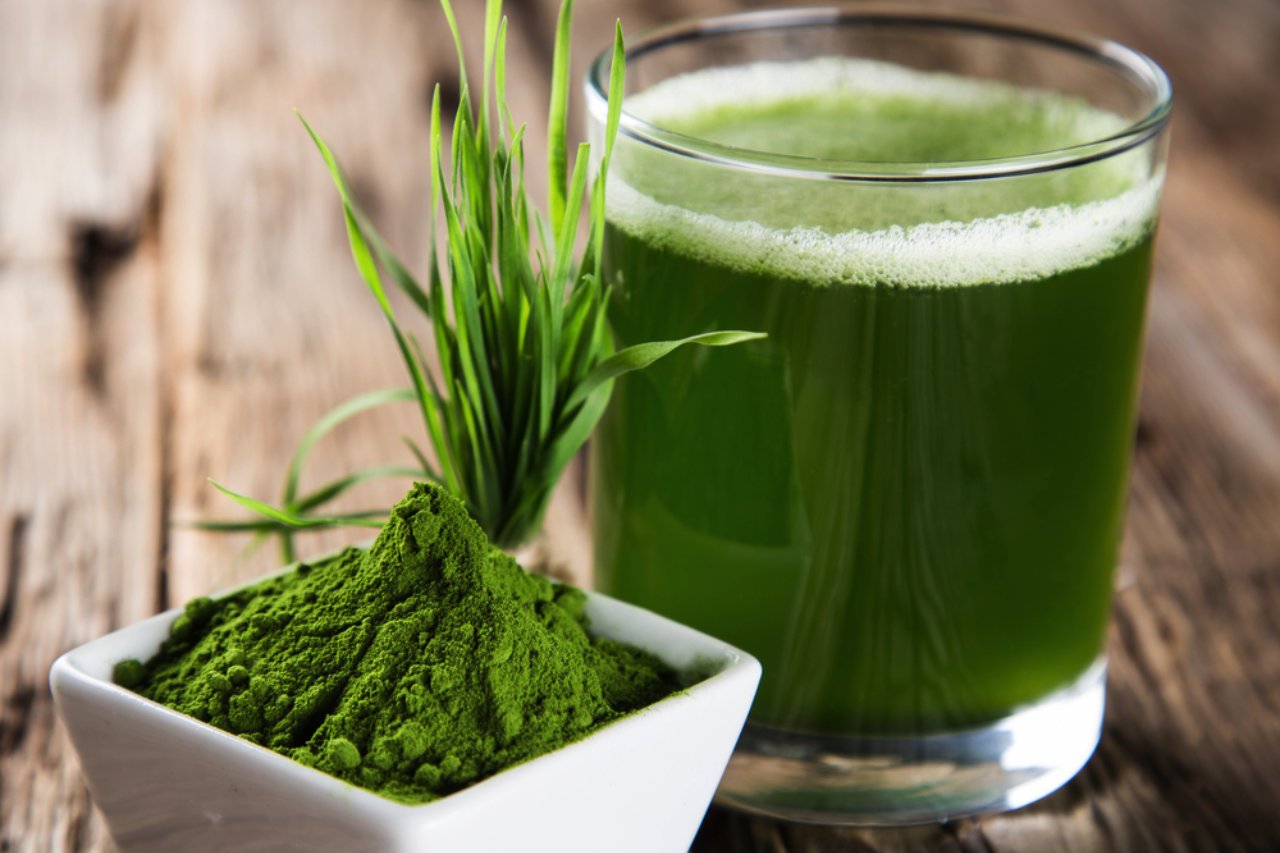 Green foods, including leafy vegetables, grasses, and algae, have been a staple part of the human diet throughout our evolution, but today it may be that many of us are not getting enough of these important foods in our diets. The benefits of green foods are manifold, as they are nutrient rich and often include antioxidant compounds that are hard to source from other foods. The simple proverb ‘eat your greens’ is therefore, like much folkloric wisdom, good advice. While it is a good idea to eat more green foods in your diet, these can be supplemented with a variety of excellent green food tablets, capsules and powders so you can literally ‘drink your greens’ too! In fact, green foods are so popular that we have a whole section dedicated to them in Greenlife. While green food blends will often contain Parsley, Broccoli, Kale and other nutrient rich green foods, the most popular are still the ‘big four’ of Barley grass, Wheatgrass, Spirulina and Chlorella. So what are the differences and the key benefits of consuming these ‘Superfoods’?

In Japan, Barley grass has been used as a green food for centuries, where it has been heavily researched for its potential benefits to the immune system, its ability to help lower cholesterol(1,2), and its properties as a detoxifier(3). Japan also has the highest population of centenarians in the world, and it may be significant to note that the traditional Japanese diet includes many green foods and other raw foods, including the consumption of high amounts of young leaves such as Barley grass, that are extremely rich in nutrients. Green Barley is rich in many vitamins, minerals, amino acids, chlorophyll and other nutrients. These include a unique flavonoid called 2″ -0-Glycosylisovitexin (2″ -0-GIV) which has been shown in research to be a more potent antioxidant than Vitamin E (4). Green Barley also contains more than 20 enzymes including the powerful free radical scavenger Super Oxide Dismutase which is often abbreviated as S.O.D. Dr Yoshihide Hagiwara, who led much of the research into Green Barley grass in the 1970s, concluded that young Green Barley leaves were “one of the most nutritionally balanced foods in nature” and “the ideal fast food for the human race.” Many of the actives in Green Barley grass are damaged by heat or acidity, so you should mix your powder with water or less acidic fruit juices such as apple juice. Use it to boost your daily intake of chlorophyll and important enzymes which can aid detoxification and improve your digestion and may result in increased energy levels. Try Raw Living Organic Barleygrass Powder – start with just a teaspoon a day mixed with juice or cold water.


The nutritional profile of Wheatgrass is very similar to that of Barley Grass. Like Barley Grass, Wheatgrass juice is rich in minerals, including calcium, phosphorus, iron, magnesium and potassium, and also provides significant amounts of Carotenoids and Vitamin C. It is exceptionally rich in vitamins E, K, and B-complex vitamins. B vitamins are important for nourishing the nerves and in the release of energy from the carbohydrates that we eat, which may be one reason why Wheatgrass is famous for its energizing properties(5). Like Barley Grass, Wheatgrass contains many amino acids (17 in all) and is also a rich source of enzymes (including S.O.D.) and detoxifying Chlorophyll. Wheatgrass is also a natural source of vitamin B-17, which is believed to possess immune enhancing properties. Both Barley Grass and Wheatgrass are also superb alkalising agents, another reason why they can be of great benefit to human health. Having a balanced potential hydrogen (pH) level in your body can help to keep cholesterol and blood sugar levels under control, reduce the risk of acidosis and other digestive complaints, and has a positive influence on maintaining good bone health and immunity. The new One Nutrition Wheatgrass Juice powder is great – it’s certified organic and comes in completely recyclable packaging (their Premium Power Greens blend is excellent too). Take 1 teaspoon a day with water, juice, protein shakes or added to porridge or yoghurt. 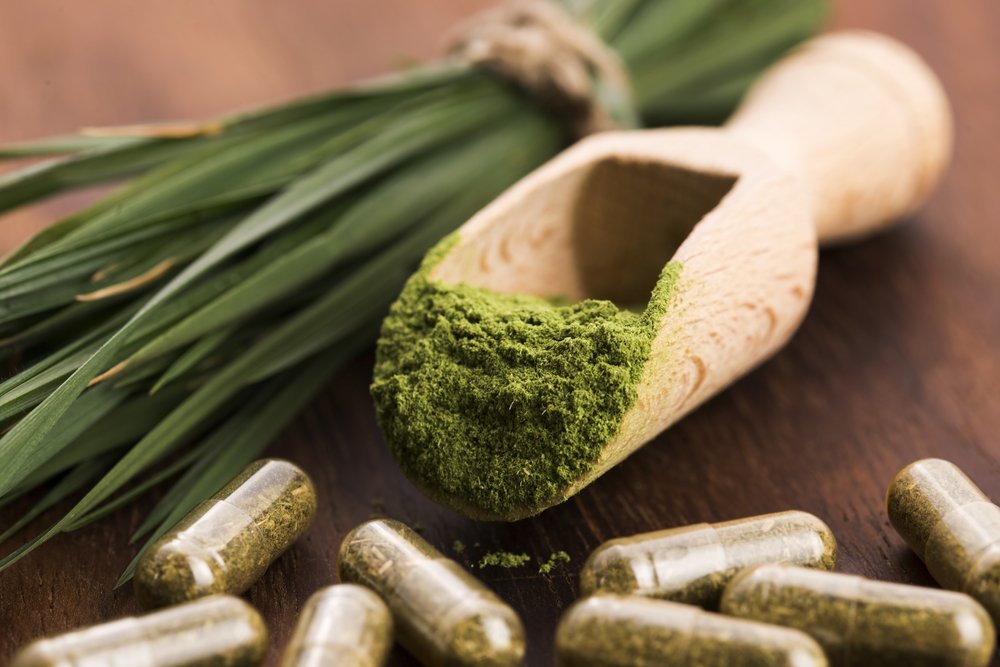 
Spirulina is a type of blue green algae that was cultivated by the ancient Aztecs. The Aztecs and other Central and South American cultures consumed it in cakes, but you may prefer to consume yours in one of the many available tablets, capsules or powders that can be added to smoothies and shakes or simply mixed with water or fruit juice. The Aztecs farmed it on the great freshwater lakes but these days it is grown in sealed and hygienic tanks all over the world. Spirulina is truly worthy of the title ‘Superfood’ as it a powerhouse of nutrients. Rich in amino acids, enzymes, vitamins and minerals, it makes for a healthy addition to any diet. Spirulina contains a large amount of chlorophyll – a green pigment with detoxifying properties that is present in all plants and algae. Compared to most other most popular green foods it is richer in carotenoids (including Beta Carotene, a precursor to vitamin A) and provides the highest levels of amino acids. Amino acids are the ‘building blocks’ of protein which makes Spirulina an excellent protein source. This is probably why it was so widely used by Central and South American cultures who used it to provide protein to feed large populations before the introduction, by the European colonists, of cattle, horses and other large mammals to the continent. In addition to its high protein content, Spirulina is also a good source of iron and calcium, making it a great choice of ‘superfood’ for vegetarians and vegans. If you are looking at adding Spirulina to your diet, it is worth noting that it is a food not a concentrate. This means that you need to take around three teaspoons of the powder daily or several tablets or capsules, as these are essentially the powder just contained in capsules or compacted into tablets! A good brand is Synergy Natural Spirulina, which is grown in India and is 100% organic. Start with 2-4 tablets per day for a week, then take 6 per day.

Like Spirulina, Chlorella is a type of nutrient dense freshwater algae. Like Spirulina it provides high quantities of enzymes, essential fats, vitamins, minerals and protein. As its name might suggest, it is one of the richest natural sources of chlorophyll and is higher in this detoxifying pigment than most other green foods. While spirulina is generally higher in protein, Chlorella is higher in Omega 3 fats. Spirulina also contains essential fatty acids – but primarily Omega 6. Chlorella also contains Chlorella Growth Factor, a special compound known to support the immune system. Because of its high nutritional content, during the late 1940s and the early 1950s Chlorella was studied by many scientific institutions around the world. At the time it was seen as a promising primary food source and as a possible solution to the then-current world hunger crisis. We may return to it again in the future, and algae such as Chlorella and Spirulina, which can both be farmed relatively easily, may become increasingly important to a world with a burgeoning population to feed, and one in which the production of animal protein is known to exact a higher carbon cost and therefore a greater environmental impact. Like Spirulina, Chlorella is available in tablet, capsule or powder form. Its high chlorophyll content makes it a great addition to any detox programme, and because it such a good blood cleanser, it is often recommended for individuals suffering from acne and other minor skin problems. There are many good Chlorella supplements available, but ‘broken cell wall’ Chlorella such as Viridian 100% Organic Chlorella is preferable because it is more bioavailable. This just means that a specialised milling process with just the right light and heat is used to break the cell wall of the algae making it more digestible without damaging the nutrients in it. It’s easy to take too, just 1-3 capsules per day with food.