The body’s requirement for many nutrients increases dramatically during pregnancy, which of course stands to reason when you remember that a woman’s body is literally ‘building’ another one inside it! 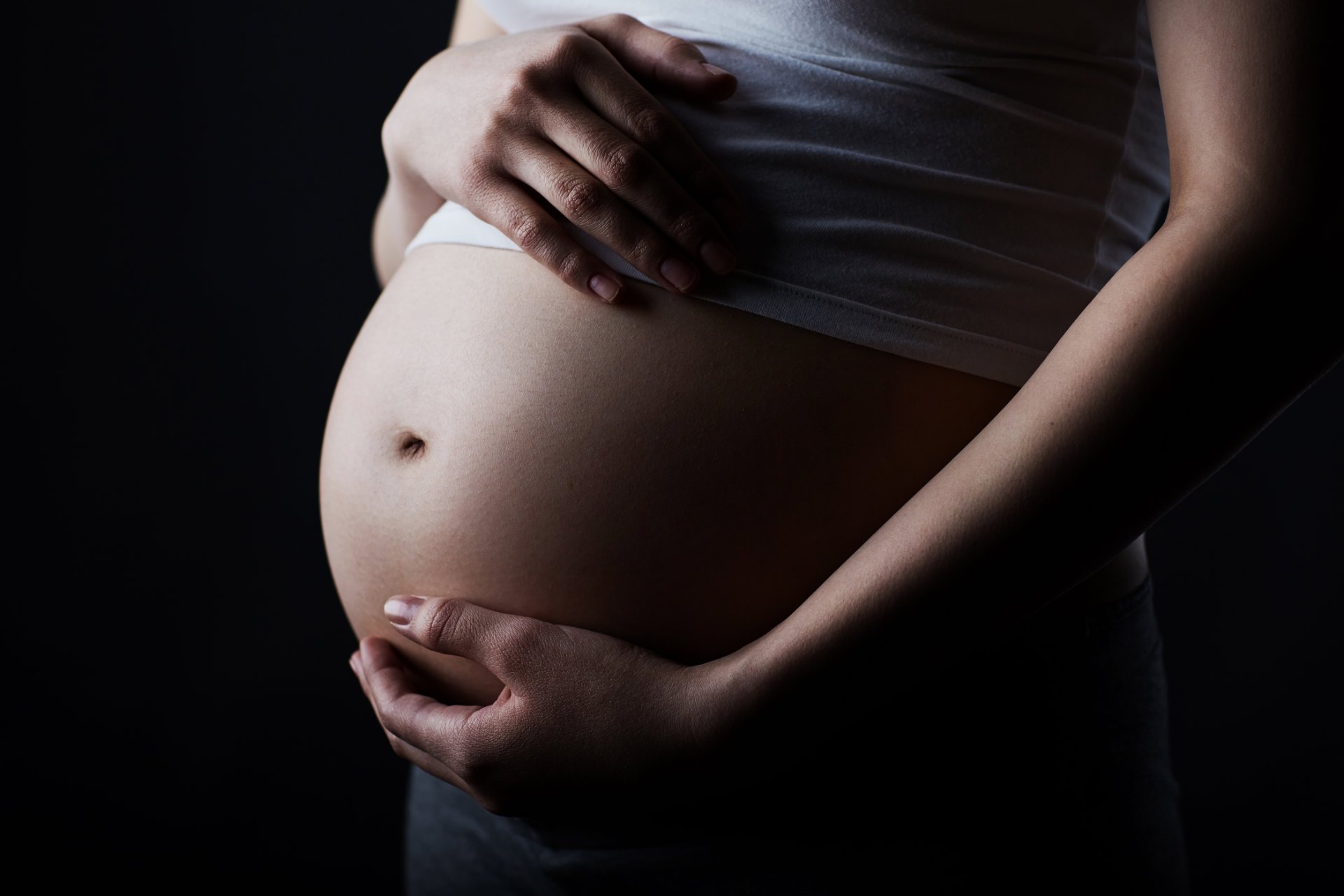 The body’s requirement for many nutrients increases dramatically during pregnancy, which of course stands to reason when you remember that a woman’s body is literally ‘building’ another one inside it! To build a baby, the female body needs an adequate intake of all the essential vitamins and minerals that we all need every day – but in particular it needs lots of Calcium, Magnesium and Zinc to build the baby’s bones, and it needs Iron, Folic Acid, Vitamin B12 and Vitamin C to form blood and body tissues. The adult human brain contains a huge amount of fat too, in the form of Essential Fatty Acids (E.F.A.’s), so to build one, a woman needs good levels of these in her diet. All these nutrients can be obtained from dietary sources, but there are also many good supplements on the market that can make it easy to ensure that you are getting everything you need in sufficient quantities to build a healthy baby. If you are lacking in any of them in your diet your body will put the baby first – so making sure you are well nourished can in turn help you to feel at your best throughout pregnancy and lactation. Here are a few suggestions to support you through pregnancy…

Although no multivitamin can or should replace a healthy diet, one of the best ways to ensure that you are getting all the nutrients you need in pregnancy and to avoid a deficiency in any important vitamin or mineral, is to take a good prenatal multivitamin. Regular multivitamins don’t generally contain optimum levels of the nutrients you need most – such as Calcium, Magnesium, Zinc, Iron, and Folic Acid. They will also often contain Retinol (Vitamin A) which is best avoided by pregnant women. The absorption of minerals by the body is dependent on many factors but they are more readily absorbed if they are ‘chelated’ or bonded with certain specific acids. The best prenatal vitamin formulas will contain easily absorbed forms of some of the most important minerals such as Calcium, Magnesium and Iron. These include – for Calcium and Magnesium – Malates (bonded with Malic Acid), Citrates (Citric Acid), and Amino acid ‘chelates’ (these include Taurates and others).  Some forms of Iron can cause constipation, but gentle forms such as bisglycinate are used in the best supplements, such as Terra Nova Prenatal Multivitamin Complex or the new Fushi Pregnancy Nurture Blend. Both of these formula’s also contain the fatty acid docosahexaenoic acid or DHA, which may aid brain development in the foetus.

A woman’s requirements for Iron increase dramatically during pregnancy, and as a result many women get far more tired than they need to. Iron deficiency in pregnancy is quite common (1), but you don’t need to be medically deficient or ‘anaemic’ to feel the benefit of topping up your iron intake at this time. Put simply, Iron is highly prevalent in human blood – and gives it its characteristic red colour. This means to make it for your baby, the body needs a good daily intake, particularly in the later stages of pregnancy. Some women who suffer from an iron deficiency need doctor-supervised treatment, but many who are not given supplements may still be at risk. In one study, 65% of women who were not given extra iron developed an iron deficiency during pregnancy, compared with none who received an iron supplement (2). However, some of the often cheaper and more readily available forms of iron that are found in supplements, such as Ferrous Sulphate or Ferrous Fumerate, are poorly absorbed and as a result can cause constipation. This is not a side effect of iron found in food sources or in iron rich water, such as the product Spatone.  Just one sachet per day of Spatone gives you nearly as much iron as a 100mg tablet of Ferrous Sulphate, and should be enough to top up your daily intake from dietary sources.

The nerves in the human brain are ‘housed’ in a substance called myelin – also known as ‘white matter.’ Myelin is made up of around 70-80% fat, and most of this is the fatty acid docosahexaenoic or DHA, so it is no surprise that research has shown that supplementing with it may improve the brain development of children in and out of the womb. The production of myelin begins in the 14th week of foetal development, but it becomes more and more important after an infant is born, and is part of the maturation process leading to a child’s rapid development, including crawling and walking in the first year. DHA is also important in the production of skin, the retina in the eyes and the cerebral cortex or ‘grey matter’ in the brain too. This means that it is important that the mother gets enough throughout pregnancy (3), and because the child obtains DHA naturally from breast milk, through lactation as well (4,5). A good source of DHA is fish oil, and some products such as Minami Nutrition MorDHA Prenatal are especially formulated to give the highest ratio of this important fat. If you are vegetarian or vegan, there are many good sources of DHA available sourced from algae, such as Wiley’s Finest Catchfree Omega. Your body can make DHA from the fatty acid Alpha Linoleic Acid (ALA) that is found in many vegetables and in the oils pressed from seeds such as Hemp and Flaxseed (Linseed), so adding high quantities of these foods to your diet is a good idea too.


The leaves of the Red Raspberry plant (Rubus ideaeus) have been used for centuries to make a tea that is often recommended by midwives to be consumed in the later stages of pregnancy. Despite a popular misconception, there is no direct evidence that Raspberry leaf tea can help to bring on labour, but it’s rich in vitamins and minerals and does contain an alkaloid called fragine that is thought to help to strengthen the uterine muscles, so it may help to make contractions more effective once they have started. It is also traditionally thought to increase milk flow, and to restore the mother’s system after childbirth (6). Because it is made from the leaves and not the berries of the raspberry plant, it is a bit of an acquired taste! We sell a pure loose tea by Cotswold Health, but Clipper Raspberry Leaf Infusion contains 50% raspberry leaves in a blend with hibiscus, nettle, rosehips plus natural raspberry and blackcurrant flavourings which greatly improve the taste. If you still don’t fancy it then you can also buy Raspberry leaf in tablets such as Nature’s Aid Raspberry Leaf. Raspberry leaf should not be used in the first 30 weeks of pregnancy.

Clinical trials have shown that topical application of Rosa Mosqueta oil, which is pressed from the hips of a wild Rose that is native to Chile, can greatly reduce the appearance of scar tissue, and it’s also great for getting rid of stretch marks. It can be used to reduce fine lines, pigmentation and age spots too. Its benefits are mainly attributable to its high content of Essential Fatty Acids, particularly Gamma Linoleic Acid, which are required to create new skin cells and to help maintain skin elasticity and hydration, and Trans-retinoic acid, a natural source of Vitamin A. Trans-retinoic acid is nature’s equivalent to pharmaceutical skin treatments such as Tretinoin that have been well-researched and recognised for almost 30 years. Tretinoin can produce quick and positive changes in the skin, but because it is a strong substance, it must be applied under medical supervision. Rosa Mosqueta oil produces the benefits of Tretinoin, but without secondary side effects, because the Trans-retinoic acid contained in it is in a natural state as part of a complex system of unsaturated fatty acids. This means that its action is controlled and slowly released, eliminating the risk of irritation. A good brand is Rio Rosa Mosqueta. Apply twice per day to any area affected by scarring or stretch marks.