Up In The Night Again?
Nutritional Focus

Benign Prostatic Hyperplasia is a common health problem that causes many men to have to get up in the middle of the night when they and their partners would rather be sound asleep. It is thought to affect 6 out of 10 men aged over 60. Thankfully, there are some supplements that can help... 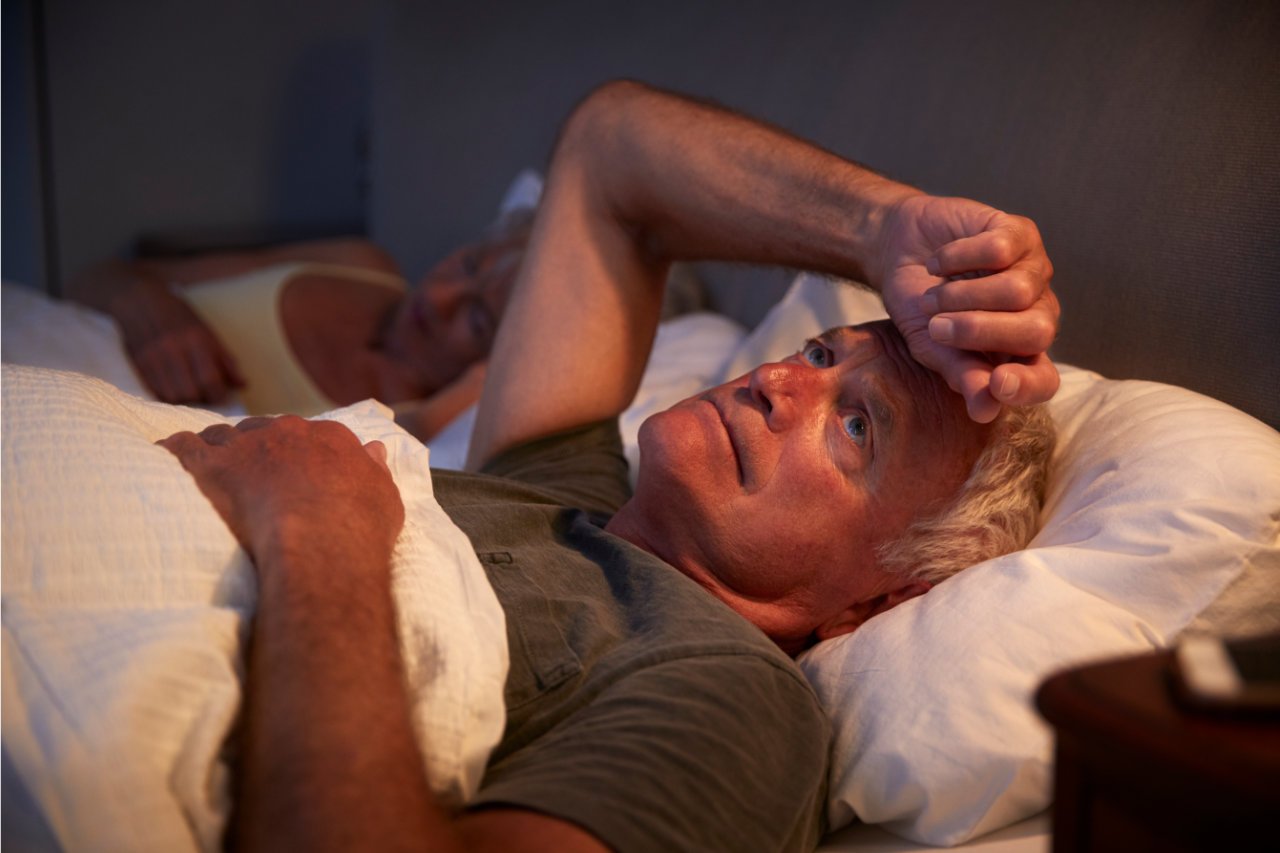 Even in 2021, men are often not good at talking about their health. Benign Prostatic Hyperplasia, or BPH, is the medical term for an enlarged prostate gland, a condition that is thought to affect perhaps 60% of men over the age of 60 (1). But the actual figure may be even higher because many men are probably suffering in silence. The prostate gland is situated between a man’s penis and bladder and it surrounds the urethra (the tube that carries urine from the bladder to the penis). If the prostate becomes enlarged, it places pressure on the bladder and urethra, which can cause difficulty during urination and may also result in the bladder not being emptied fully. It can often cause a more frequent need to urinate, especially at night. The cause of BPH is unknown, but most experts agree that it is linked to changes in hormone levels in a man’s body due to ageing. Although BPH is regarded as a minor health problem, and is not dangerous, in mild cases it is an inconvenience and in more severe cases it can cause anxiety, disturbed sleep, and humiliation – all of which can have a wider significance to a man’s quality of life and may result in depression and fatigue. Having to get up several times during the night can put a strain on personal relationships too. If you think that you may be suffering from an enlarged prostate, then it is very important that you see your doctor first for a diagnosis, to rule out any more serious problem. If BPH is diagnosed there are a few things you can do to make it more manageable. If you suffer from this common condition, it is advisable to stop drinking any liquids for one to two hours before going to bed, as this may prevent the need to get up to go to the toilet. If you are taking prescribed medication, it may be worth trying to take this earlier in the evening. It is also advisable to stop or at least cut down your consumption of alcohol and caffeine, as they can both irritate your bladder and make symptoms worse. Research has shown that regular exercise is also a good idea. In addition, there are also some effective herbal and nutritional supplements that can help to reduce the symptoms of BPH.

In many parts of Europe, herbal supplements are considered standard medical treatment for BPH.
The most popular of these by far is the Saw Palmetto berry that is native to North America. Numerous studies have shown it to be beneficial in reducing symptoms (2,3,4,5) although some have also confusingly demonstrated less positive results (6,7). In many countries in Europe, it is included in over-the-counter remedies for prostate enlargement. In Germany, Saw Palmetto is an ‘approved drug’ often recommended and prescribed by doctors. The research on Saw Palmetto may indicate it is most effective in individuals with mild to moderate symptoms. In Belgium, researchers gave Saw Palmetto extract to 505 men with BPS. At the end of the trial, the researchers concluded that Saw Palmetto had aided urinary flow, reduced residual urinary volume and prostate size, and otherwise improved the patients’ quality of life. Saw Palmetto, moreover, began to produce results within 45 days, making it much faster than many conventional medicines. After 90 days of Saw Palmetto treatment, 88% of patients and their physicians said they considered the therapy to be effective. In a two-year study conducted in Germany, 88 men with mild BPH were randomly assigned Saw Palmetto or placebo (dummy pill). By the end of the study, the men taking Saw Palmetto were much less likely to have had their symptoms worsen compared to those men who were on the placebo. Some research shows that Saw Palmetto appears to counteract the effects of certain male sex hormones, called androgens, that may cause prostate enlargement. Other research suggests it reduces the effects of excess oestrogen, and it also has an anti-inflammatory activity. Exactly how it achieves the results it does remains unclear, but use of Saw Palmetto is without side effects, so it is a treatment well worth trying. Try A. Vogel Prostasan Saw Palmetto which is a traditional herbal medicinal product for use in the relief of lower urinary tract symptoms in men who have a confirmed diagnosis of Benign Prostatic Hypertrophy (BPH), exclusively based upon long-standing use as a traditional remedy. Prior to treatment other serious conditions should have been ruled out by your doctor. 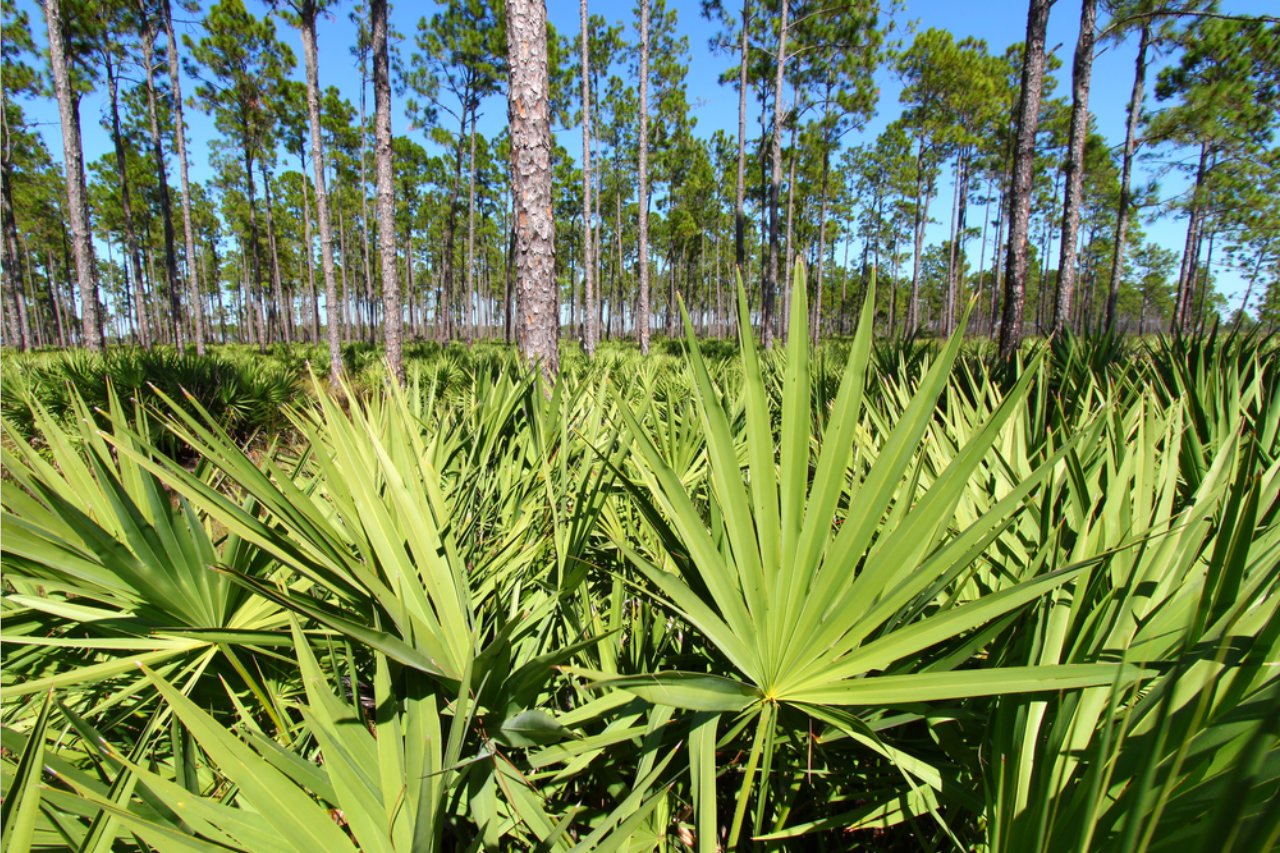 
Stinging nettle, a common sight in the English countryside, is a plant that has been used as food and medicine for thousands of years. It is the root that appears to be most helpful for prostate health rather than the leaf. There have been some small trials that have had positive results, and like Saw Palmetto there are no problematic side effects (8,9). It may work by inhibiting 5a-reductase, an enzyme that converts testosterone to dihydrotestosterone (DHT), which plays a central role in BPH, and by inhibiting aromatase, an enzyme which converts testosterone to oestrogen, which is also involved in the development of BPH. It also binds with SHBG (Sex Hormone-Binding Globulin), a protein that has been implicated in prostate growth. Many good prostate formulas combine Nettle extract with other nutrients and herbs that are thought to be of benefit to your prostate. Terra Nova Nettle Root, Lycopene & Zinc Complex contains Zinc in the highly absorbable bisglycinate form. Zinc is the most important mineral in male prostate and reproductive health (see below). It also contains Pumpkin Seeds, which are rich in Zinc. Pumpkin Seeds also provide a high concentration of certain fatty acids which complement the role of Zinc within healthy prostate tissue too. This excellent formula also contains Lycopene and Selenium which may have a protective effect on the prostate. Another good combination supplement is Nature’s Aid Saw Palmetto Complex, which provides Saw Palmetto and Zinc alongside three amino acids that may be beneficial – L-Alanine, Glycine and L-Glutamic Acid.


Zinc is a mineral that is found in higher amounts in the human prostate gland than in any other body tissue. When a person is suffering from prostatitis, the level of Zinc in the prostate can be as low as one tenth of the normal required level (10). It is thought that most men probably don’t consume adequate levels of Zinc throughout their lives, with daily consumption even falling below the government recommended amount of just 15mg per day, so it is no wonder that levels drop with increasing age. In the late 1970’s, some research showed a possible link between Zinc shortage and prostate enlargement, but since then only very limited study has been done into using it as a possible treatment – although this did glean very positive results. Supplementing with Zinc has many other benefits to your health including increased immunity, and there are no side effects from taking sensible levels in supplement form.


Flaxseed, or Linseed oil, is a rich source of lignans, a class of naturally occurring isoflavones, or phytoestrogens which are converted to the absorbable compounds enterodiol and enterolactone in your intestine. These substances appear to have beneficial effects on prostate health and may help to prevent the development of BPH. There is some evidence that they may even help to reduce BPH symptoms and improve urinary flow (11). The optimal dosage of Flaxseed lignans or oil for managing BPH has not been determined, but it is well worth adding the oil to your diet as it has other health benefits too. Flaxseed oil provides a source of Omega 3, 6 and 9 Essential Fatty Acids. Omega 3 & 6 essential fatty acids play a role in maintaining a healthy circulatory system, in brain function and the development and maintenance of other bodily functions. Omega 3 fats are also important for normal metabolism.