At Greenlife we have two full bays of cereals – including a large selection of granolas and mueslis, but few come close in taste or popularity with our customers to Midfields Granola, made here in Devon since 2003. 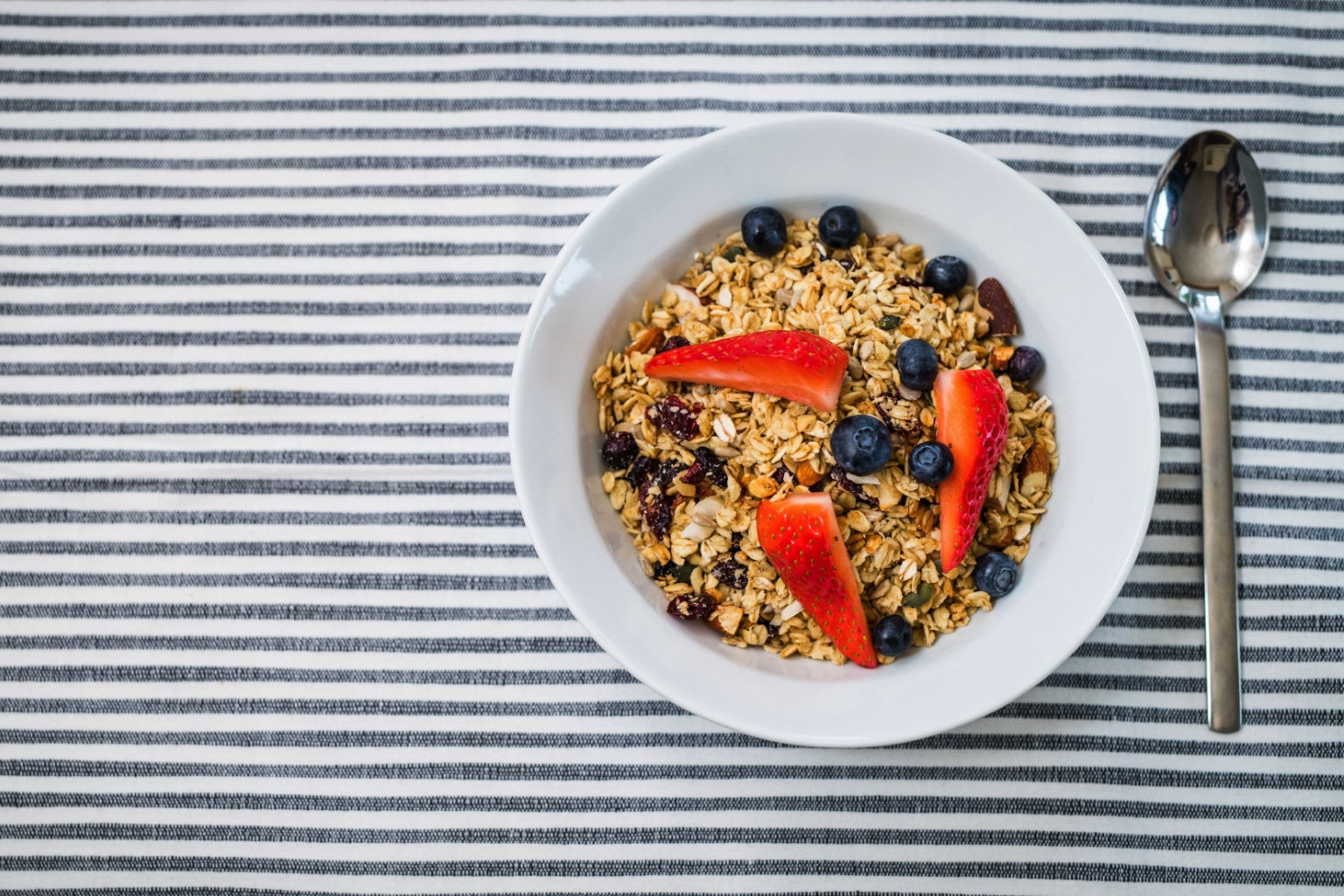 At Greenlife we have two full bays of cereals – including a large selection of granolas and mueslis, but few come close in taste or popularity with our customers to Midfields Granola, made here in Devon since 2003. Our best seller is the Midfields Wheat Free Granola, but we also stock their Gluten Free Toasted Oat & Almond Granola plus, for vegans, their Wheat Free Granola baked with Sweet Freedom (a natural fruit syrup of grapes, apples & carob) instead of honey. Winners of numerous Great Taste and Taste of the West awards, they have remained on our shelves for years. So, what is the secret to making award winning, bestselling granola?

Midfields Granola began as a true cottage industry, starting life in their founder, Sharon Davies’ own kitchen, in her house high on Dartmoor. Nearly twenty years later they are still an artisan manufacturer, employing a small team of trusted staff to make and bake the granola in small batches by hand, under the close supervision of Sharon, who is still very much ‘hands on’ with the business. As well as supervising production, she also takes care of marketing and finding new customers, but still finds time to get back in the kitchen to try new recipe ideas. Like most good bakers and chefs, she is quick to suggest that quality ingredients are paramount, but so is the relationship she has with her staff, as she explained to us:

‘We believe our success as a small business is down to using quality ingredients, pure and simple, no additives, no extra sugar, just small amount of Honey to slightly sweeten. Sourcing British ingredients wherever possible, including Cotswold Gold Rapeseed Oil, Scottish Wheat and British Oats. All our Granolas are baked by hand and our dedicated ladies who have been with us for many years, keep an eye on the quality of the ingredients as they bake. They are not just employees but part of our family business, playing a very important role in the everyday running of Midfields Granola.’

Although the range now includes nine different granola’s, Sharon explained that when she tweaks her original recipe to suit different dietary needs or experiments with new flavour combinations, her motto has always remained the same – ‘keep it simple!’ Of course, her original recipe is a prized secret, without which there would have been no Midfields Granola. In fact, the recipe came first, and the business followed… 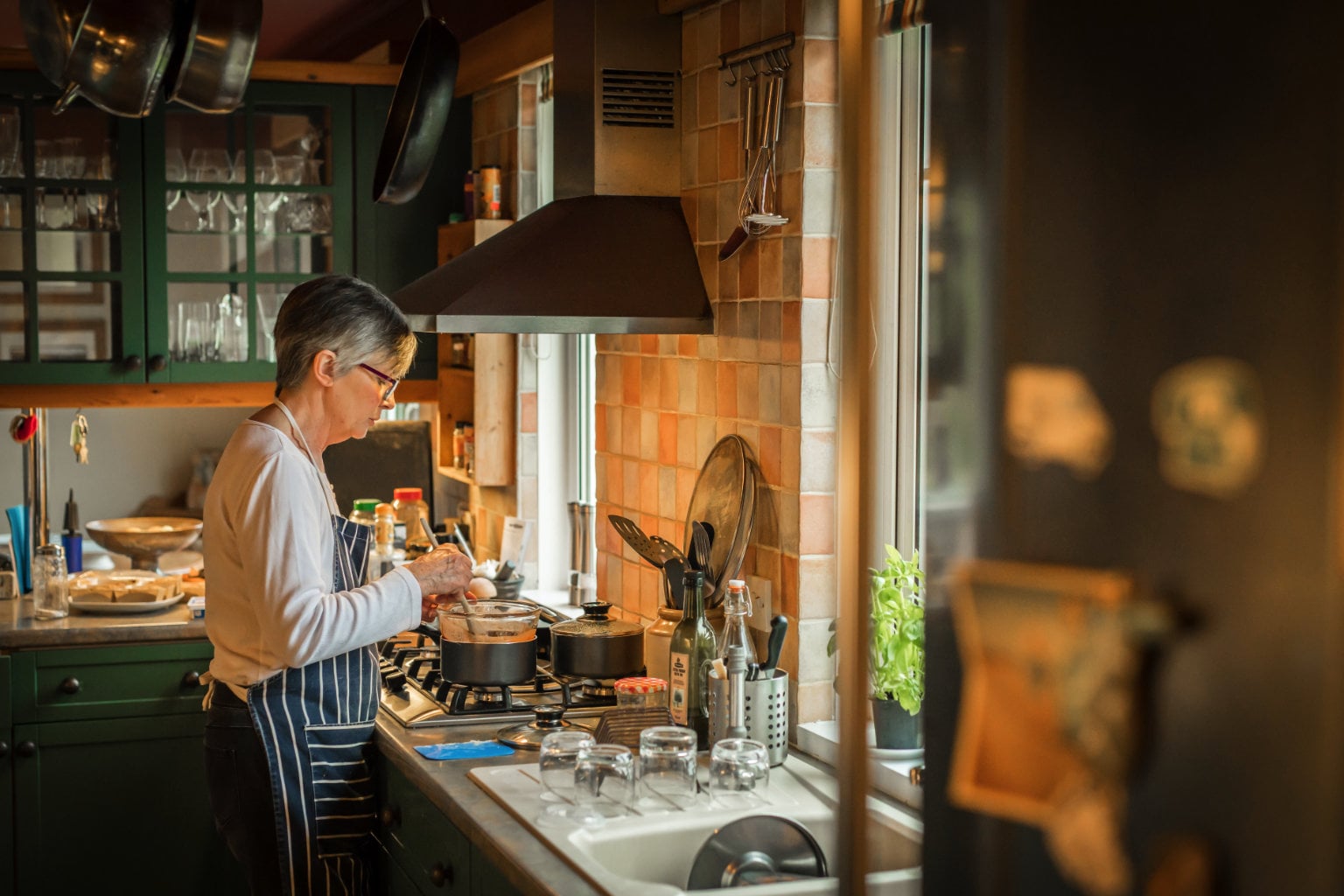 From California to Dartmoor

Great recipes are like great stories, they get passed down through generations, and if they are good, sometimes they cross continents or oceans. The original recipe for Midfields Granola did just that.

Twenty-three years ago, Sharon and her husband Brian ran a successful B&B in their home, called Midfields, situated on the north-eastern edge of Dartmoor near the market town of Moretonhampstead. Sharon told us that this original recipe was adapted from one provided by a friend’s niece in California, who at the time was running a vegetarian restaurant there. Sharon baked her homemade granola every day and served it to her guests for breakfast. At that time granola was a little-known thing in the U.K. – but she took note when her guests, many of whom were American or Canadian, repeatedly asked her if they could buy her granola to take home with them, insisting that it was the best that they had ever tasted!

For five years she continued to bake her granola just for her guests until her youngest son finally persuaded her to try to sell it to local shops. The two local stockists she found quickly reported that it flew off the shelves, and in 2003 Midfields Granola was born. Soon they expanded production to custom made outbuildings at Midfields, a few metres from the house and the list of stockists grew to include more farm shops, deli’s and village shops and demand soared. Sharon remembers meeting Jamie Sermon, one of the founders of Greenlife at this time at a ‘Ladies in Business’ day conference in Exeter. Jamie asked if she could carry the original granola on her shelves at the fledgeling Greenlife shop. Sharon told us that ‘Shortly after I developed a Wheat Free Granola baked in a little Honey and West Country Rapeseed Oil, blending Oats, Almond and Seeds, with no refined sugars.’ Greenlife took this on too, and it has been on our shelves ever since.

Sharon admits that she is lucky that her husband Brian ‘has some very useful skills when it comes to the packaging!’ A former screen printer and designer, he looks after the packaging and promotion side of the business, and he also looks after accounts and acts as delivery man too!

Midfields Granola continues to be created, baked and packed in their on-site workspace, only a few paces from their house. After six years of running the business at home, they decided to leave their kitchens at Midfields and moved to a unit in Moretonhampstead, their Moorland Town. Eventually they decided it was less satisfactory on several fronts, and after another six years they moved production back home to their original kitchens, finding it to be a much more manageable and enjoyable way of working. So, Midfields Granola is still baked at Midfields on the moor, and take our word for it, it still tastes as good as it must have to all of those guest house visitors years ago. If you are visiting Totnes, you are luckier than they were in the fact that you can buy some to take home with you!